The early days of cloth nappies

Way back before I had kids, I obviously knew nothing about cloth nappies, or at least I knew very little that would help me when I had my own kids.  I do have a very vague recollection of my Mum folding up terry squares into triangles and using nappy pins to secure them on my younger brothers, and a plastic bin full of water and stinky nappies that sat next to the toilet, but that was about it.  I did think that I’d probably be likely to use cloth nappies though, partly because I thought it would be cheaper, but also because I’d been converted to reusable menstrual products, namely the moon cup, (I discovered cloth pads after having my oldest son, another revelation.  I could see that there were nicer alternatives to disposable pads and tampons, and I wanted to use something similar for my baby’s needs.
When I was pregnant with my first son, I started to do some research and found that there was much more to cloth nappies than I first thought.  Not only were they easier to use than I had first expected, but they worked well and looked very cute.  There was a lot of information to work my way through, but it’s fair to say that by the time my baby arrived, I was pretty much hooked.  And so began our first journey into using cloth nappies, and our early days of cloth nappies. 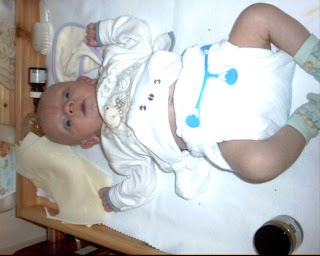 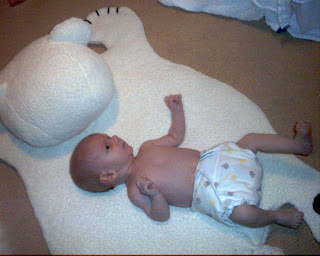